Re-read the final matches in Groups E and F. 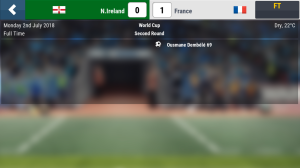 Italy topped Group E and take on England. Gary Lineker welcomes viewers by asking if England can get ‘pasta’ Italy and progress to the Quarter Finals. Italy suffer a blow in the 5th minute when Marco Veratti goes off injured. England suffer a blow of their own in the 14th minute when Raheem Sterling also heads to the dressing room early due to injury. With two minutes to go until half time, Andrea Petagna puts the Italians into the lead. Italy take the lead into half time, but they will have to defend their lead with only 10 men in the second half due to Giorgio Chiellini getting sent off one minute before half time. A man advantage gives England a great chance of progressing to the Quarter Finals, but if there’s one team that can defend a one-goal lead successfully, it’s typically Italy. And so it proves, as England are unable to score against the Italians. 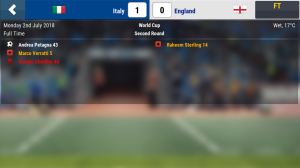 Find out what happens on Day 19.

This site uses Akismet to reduce spam. Learn how your comment data is processed.

What I’ve blogged about

Delve into the archives

My 5 most recent posts

The 5 most recent comments I have received